“We live in a wonderful world that is full of beauty, charm and adventure. There is no end to the adventures we can have if only we seek them with our eyes open.” – Jawaharial Nehru

Toledo is an ancient city, sitting majestically on a hill above central Spain. It is the former Spanish capital before Madrid and is a UNESCO World Heritage site.

The city is known as the city of Three Cultures due to the rich blend of Judaism, Christianity and Islam. Throughout the city, these influences can be seen in the different landmarks like the Gothic Cathedrals, medieval stone bridges and the fortress.

From the Mirador del Valle, you can see this fantastic panoramic view of Toledo.

Wouldn’t you love this scenery? Toledo’s climate is pleasantly dry and sunny throughout the year. Strolling though the narrow streets as well as the main streets is a simple pleasure and the city is compact to explore on foot.

You can hop on this visitor’s train for a quick overview of the city.

The Plaza Zocodover is the main square of Toledo and this is where most of the tours and tourist train rides start. This is also where you can have a break and grab something to eat at the number of cafes.

The Saint Mary of Toledo or simply known as the Toledo Cathedral is considered as one of Spain’s most important cathedrals. This used to be a mosque, which is evident in the characteristics of the Moorish style architecture.

Some of the streets are named “Callejon del Infierno” (street of Hell), “Callejon del Diablo” (the Devil’s Alley), showing how the city has a strong belief in superstition and witchcraft.

What I love most about Toledo is its narrow cobblestone streets and laneways. It’s like you’re being transported to another place and time.

This is the Monasterio de San Juan de los Reyes or the San Juan Monastery. This Franciscan monastery has Gothic and Moorish architecture influence.

The exterior of this monastery has many iron chains hanging up high. This signifies the chains which were worn by the imprisoned Christians by the Muslims. During the reconquest , the prisoners were freed and the chains were given back to Ferdinand and Isabella.

This is a statue of Queen Isabella I near the San Juan Monastery.

The Puente de San Martin is a medieval bridge across the river Tagus. This bridge has five arches, with the one in the middle being the largest, having a span of 40 metres.

Toledo is the fabled land of Don Quixote and it is where reality meets fairy tales and legends. You can find his image in several places in the town centre.

El Greco was a Greek painter, sculptor and architect of the Spanish Renaissance and is a famous son of Toledo, Spain.

Found these cute statues in the town centre near the shops.

There is this cute little cafe-bakery in Toledo, Spain named El Cafe de Las Monjas. You can see the nuns actually baking and some making the famous marzipan from Toledo.

Have you visited Toledo before? If you have, i’d love to hear what you think about it.

One thought on “The Streets of Toledo – Wanderlust @83” 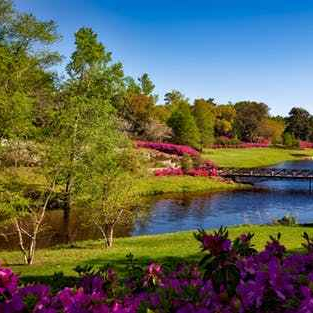 “To Travel is to Live” – Hans Christian Andersen

Dreams from a Pilgrimage

Now we see through a glass, darkly

I speak my heart out.

Shadows to reflection, they all whisper silent tales.

Everyone needs a space to give their interests and obsessions some airtime.

A traveller's paradise - Come and explore the prominent and unknown travel destinations across the world with me. Get enticed with their natural exotic flora and fauna. Increase your learning journey with the traditional food and cuisines, the authentic outfits, music, culture and the historical phenomenas..